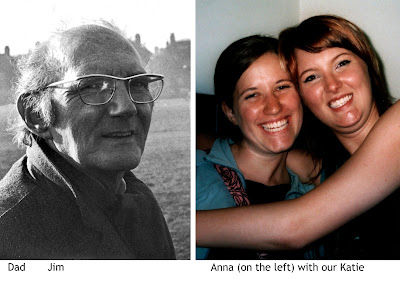 Talk given at Birmingham Buddhist Centre

I’m just going to share some reflections around death and becoming upon Parinirvana Day. Parinirvana literally means ‘liberation without remainder’ and refers to the Buddha’s physical death. Here, I am making a few connections which have evolved over time and which have begun to make sense to me, but they are neither polished nor finished. It’s a bit like an ad hoc bouquet of different flowers. Some of them may work well together others may clash in the context of the company they keep. So these are just a few ideas fuelled by feelings born out of experience.

In two days time my dad, Jim, will have been dead 28 years. He was just about the same age as I am now. I have lost other relatives and dear friends in that time (and before) but Dad’s loss was the most painful. He was an electrician, lived in a council flat and was proud of the fact that he had never read a book. Nonetheless, he supported me unreservedly through the annealing of adolescence, through my various changes in direction which saw me occupying spaces he had never dreamed of. Likewise, my brother, Stuart, nine years younger than me and so different, pursued yet other directions and Dad was even handed in his unconditional love of us both. Though I have long since let Dad go, I have recently been working through some unfinished business in my grief which came up following a retreat at Padmaloka two weeks ago.

Last June I lost a young friend, Anna, a close friend of my daughter Katie. She died after an eight month struggle against cancer at the age of 24. Anna was a beautiful girl, very talented especially musically playing cello and singing in choirs. She read geography and development studies at SOAS, loved Africa and volunteered her time helping refugees in this country. There was a documentary – Into That Good Night - just after Christmas on Channel 4 which featured her hospice, St Christopher’s, London. In the context of an art session exploring identity, she talked very movingly about her illness and its trajectory. Prompted by a question from another patient as to whether she could rationalise her predicament or make sense of it, she reflects beautifully and wisely:

This is my path, this is what has been given me and I just have to keep going. And for me a lot of it is [that] I put on a big brave face because I don’t want any sympathy from anyone. They haven’t done anything wrong to me there’s no reason for anyone to feel sorry for me. [...] For no explainable reason – this is what has been given to me. It makes you a lot more sensitive and aware of things than ever I would have been before and not in a big-headed way. I feel so much more aware of my own strengths. For me, a positive mental attitude is really the only way forward. You can’t think otherwise - because anybody who hasn’t even got cancer or an illness has a chance of dying as much as anyone else has.

Such wisdom, compassion and equanimity in such circumstances and in one so young.

I don't know what happens when people die

Can't seem to grasp it as hard as I try,

For A Dancer, Jackson Browne on Late For The Sky

Death is most people’s biggest fear. It is the greatest of unkowns when we shall die and what happens next. It is that country from whence no traveller has returned with or without an account or set of photos or film, so how can we ‘know’?

Even the Buddha would not be pressed on such matters. To the question

What happens to a Buddha after death?

Is the universe finite?

Is the universe eternal?

Is the life force synonymous with the body?

Sangharakshita reminds us (A Survey of Buddhism, pp 100 – 102) that these are questions which are not susceptible to logic. The Buddha refused to answer because such ‘holy’ matters are not dependant on the truth or falsity of any of the four propositions. This does not mean to say that the Buddha did not know the answers, but it does mean they are not open to the discernments of the unenlightened mind.

We are thus encouraged to live with uncertainty regarding our own demise and that of our loved ones.

Yet if we can really start to see ourselves as processes rather than entities with more than a suggestion that we are somehow fixed, then what is it or who is it that dies? We are a conglomeration of cells constantly dying and renewing and becoming. We are composed of elements found outside of us: the earth, water, heat, air, the spaces we fleetingly occupy, our awareness – consciousness itself. All of which are found in other people, other creatures, the whole world around us - and beyond. Bill Bryson (in the modestly entitled A Short History of Nearly Everything) reminds us that we have billions of ‘adams’ - atoms – in each and every one of us that were in Shakespeare. And in everyone else I guess that means. Someone was telling me the other day that the air we are breathing today was breathed in China about 6 or 8 weeks ago – though I guess it depends which way the wind blows.

Even if the ego is somewhat resistant, I like the idea of processes and seeing myself – and others – in terms of component parts. It facilitates a letting go, some kind of renunciation, and easing of possessiveness in terms of me and mine. Which brings me to nearly the end of the puja and the Transference of merit and self-surrender.

Just as the earth and other elements

Are serviceable in many ways

To the infinite number of beings,

So may I become

That which maintains all beings

So long as all have not attained

The spiritual well-spring which helps nurture and propel this letting go is sraddha. Not just in terms of faith but mainly in terms of trust. It literally refers to where you place your heart, what you put your heart upon. Whether in Pali, saddha, or Sanskrit sraddha, heart also includes mind.

To return to Jackson Browne:

Don't let the uncertainty turn you around

(The world keeps turning around and around)

Go on and make a joyful sound.

Which is precisely what Anna did.

Thanks Roy. With a hint of mortality having just come my way (angina diagnosis) contemplating such things is - necessary? fruitful? - at the moment.

Good to hear from you! Sorry to hear of your diagnosis. It certainly does focus the mind. I would say it was both necessary and fruitful anyway but sometimes it takes a body blow to make us realise our own mortality and the wonderful fragility of life. I was diagnosed 18 months ago with a long term degenerative and incurable disease and there are times when I find it very difficult indeed, but then the joy is still there and available if I can allow myself to tap into it.

Lovely post Roy. I'm 31 years out (this summer) from losing my dad and it's fair to say he occupies my thoughts as much now as he did when he first went - it's a kind of nostalgic longing I think, which of course can only get worse with age; 'what was lost' eh.

Oops - that link was wrong - correct one: http://daveharte.com/family/my-long-lost-family/

I remember this well, Dave. It is both a powerful and professional piece.