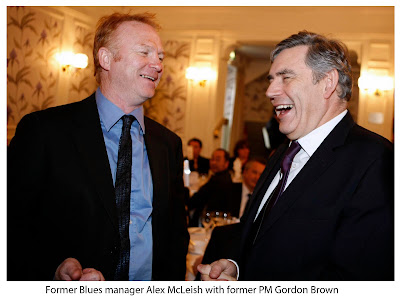 So Alex McLeish has left Birmingham City and seems set to join arch rivals Aston Villa. I cant say I blame him. He has been treated shoddily by the club in the form of the new owners who came in promising big wads of cash to spend on quality players but failed to put it on the table. Big Eck did what he could with what he had. Hence so many Scots players trickling down over the border. He knows his Scottish football though it doesn’t always translate so easily into English. He has been a refuge of lost causes and the odd scoundrel, too, picking up Bowyer and claiming that people can and do change. I liked that attitude in the manager although I did not like what had contributed to the reputation of Bowyer before he came to Blues. Once at the club, I could see that he was an aggressive and skilful player but also just how much punishment he got and put up with. Just before he left, Big Eck signed another player with a incident packed history, maybe that is one social reform project too many. I have heard of a number of people who are not on board with this signing and will not renew their season tickets.

We had a rough season apart from winning the Carling Cup. Personally as a fan I’d take that cup winning exploit over relegation any time – it’s nice to win something for a change - except that the game has got to the point that it isn’t merely about dropping down a division and trying to pop back up again, it is about financial success and survival. I thought Villa were mad spending £18 mill going on £24 mill on Bent but look where they ended up and where we ended up losing £30 mill straightaway just in the drop.

Losing is something you have to get used to in sport – some of us more than others. So as a full paying season ticket holder some the performances we put together this season were dire. The last home game against Fulham being about the worst. The new season ticket prices were out already, on the high side (sure, other clubs charge more) and when we got relegated there was no adjustment (forget there are a few extra games, the level of football is just not the same). So with Stuart my bro, Jonnie and Louie, whom we go down the match with, Bri a mate, we have all decided not to renew. You have so little space to manoeuvre as a fan to register your protest at what the club does, who it signs, what it charges, and how it plays and how it treats its staff and manager. Loyalty is paper thin in football and it is often only us fans that reveal it in its unconditional form. Alex may well cross the city and I wish him well and I think he will be good for Villa. Just because us fans are not likely to follow him, at the same time, we must not be taken for granted.

Not renewing? Wow. I can see that in respect of your's and Stu's fanship over the years that's a big deal. Will see what my own Bro does and report back!