- Suvannavira: To Russia with Metta 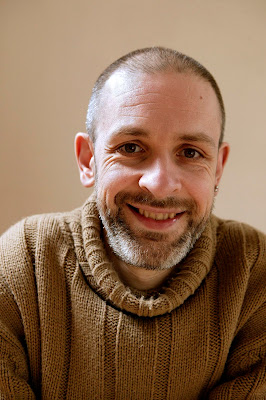 Recently I had the privilege of Suvannavira staying with me. He is a anagarika and as such lives a life of celibacy with no fixed abode, even though he occasionally participates in community living, and no career and very little in the way of goods and chattels. He is the embodiment of non-attachment and going forth. He is currently re-learning Russian which was his mother tongue but was lost when overlaid with English from the age of 4 when he came over to live in the UK. He intends to establish the teaching of the Buddha according to the interpretation and translation of Bhante Urgyen Sangharakshita. This project is a substantial undertaking, but if anyone can do it, Suvannavira can. He has been circulating friends and contacts with the details of the three Russian language websites so that they can be linked to, something which will increase their prominence and presence in web searches. So here is what he would like us to do if we are able.

The three sites are:

- this contains 4 books and the first year of the new Mitra study course.

However not many people access or look for these sites via search engines. What is needed are more links from other websites, so if you can add them to your website links page, this would help enormously.

Using ‘FWBO’ is becoming out of date as the new name change becomes widespread, and in due course it will be changed but for now, russian.fwbo.org http://russian.fwbo.org/ will be kept as it is.

Having websites in Russian visible with search engine will help Suvannavira greatly as he will imminently be living in Moscow and working for the Dharma there. ©www.roypeters.co.uk