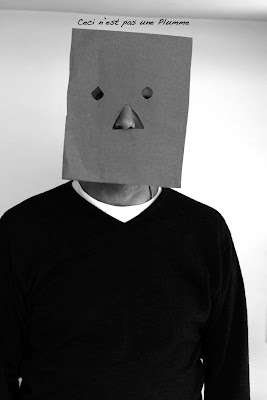 I went to see the Irving Penn Portrait exhibition at the National Portrait Gallery recently and thought I had seen the death of digital. Crystal clean and sparkling crisp printing and developing reminding me of all the qualities of silver halide that I had so quickly forgotten. The acutance that gives the sharp edges, a good black and a controlled highlight but above all the confidence to print dark.

I love digi and all the immediacy that comes with it and the enormous possibilities it affords for post production – certainly more than that in the days of conventional silver halide. It is so much more easy to work on parts of an image in terms of colour balance, exposure and sharpening let alone greater transformations of the original. And yet in Penn’s portraits the simplicity of the black and white image handled the challenges of available light so well. That’s all he worked with. That and his rapport with the subjects. In the shadow area, there is quite often a hint of highlight, a glint in the eye of the sitter catching some other highlight reflected. And yet there is the full gamut of greys represented. What is dark is meant to be, much like in Rembrandt’s work nicely poised in A Night Watch where the light doesn’t fall you can’t make out so well the objects that miss the passing lamp. Penn seems to have mastered these dark arts early on in the ‘40s before emulsions got more sophisticated and printing papers yielded more gradation and subtlety. This early apprenticeship served him throughout his career where neither his technical understanding and mastery nor eye for a pose imposed or patiently staked out deserted him.

I could still buy film now and paper I guess and try and get my Leitz Focomat enlarger back from the then young student I donated it to (whom I suspect hasn’t used it – why would she?) but how long for. Plus any large images commissioned now are digitised and printed either by ink jet or etched by laser onto a silver halide paper such as does the Lambda printer. So maybe talk of digital death is somewhat exaggerated. The prints are great though. As are Don McCullin’s in his exhibition at the Imperial war Museum, Manchester, Shaped by War. But his is another story.