- Not Selling any Alibis 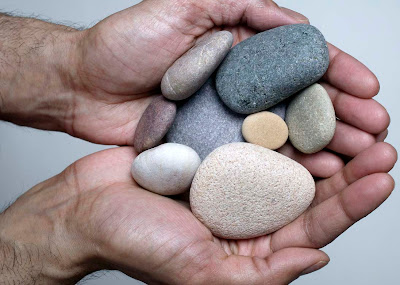 Once upon a time you dressed so fine

You threw the bums a dime in your prime, didn't you?

The other night I met up with the first guy I met and the first friend I made when I first went to university. He became a TV reporter and front man and we naturally lost contact over the years. A couple of years ago he was thrust into the media spotlight because he had been found sleeping rough: the latest chapter in his demise through drink and debt. He was in many of the papers and indeed became the subject of a documentary called Saving Ed Mitchell. In this documentary we learn how drink had taken him over, lost him his job (and barred him from further similar employment), his marriage fell apart, the family house was repossessed, and his grown up kids were understandably devastated.

Nobody has ever taught you how to live on the street

We see him trudging along the stoney beach at Shoreham weighed down by a rucksack full of the burdens and necessities of his drunken existence. Then we see him, already full beyond excess, honking up, ill, yet making way for still more. The final shot is of him in front of the Priory taking his last swig before who knows what.

You're invisible now, you got no secrets to conceal.

Now, nearly two years on, Ed has turned his life around. He is well and truly sober and has just received his first pay cheque working for In Excess a drug and alcohol recovery organisation. A couple of things struck me about meeting Ed again. One was that after 36 years and leading completely separate lives (though we both have daughters of the same age born on the same day) the sparks of friendship very much flickered around us as we spoke, caught up and dug deep. The other one was the insight his experience had given him.

How does it feel

To be without a home

In this pride-less place, where he had hit rock bottom and not only lived the life of a homeless tramp but had this exposed and witnessed in the public limelight, he felt that there was nothing ‘lower’ to sink into. In part due to this public profile, he was presented with a generous benefactor who paid for him to go to the Priory and, if he was able to kick the habit successfully, he would be able to work again as a TV journalist for In Excess. This auspicious concatenation of events, coupled with a dimension of not wishing to fail in the eyes of many, was sufficient to lend him the support and give him the propulsion he needed to step into a new realm. Ed talks of how alcohol was added to everything he did until it just became everything he did. A beautiful sunset could not be appreciated as such, it had to be accompanied with a shot of something or other. Now he uses language which is congruent with acceptance, being in the moment, appreciating what is there, being more content. His was no religious conversion. Yet it was a complete spiritual overhaul. Whilst he respects the 12 steps and how they can help some to maintain a path of recovery, and whilst he can see how religion can become a raft for others, his route was different and somehow of his own concoction: in his own words, it had to be ‘-ism free'.

He recommends Viktor Frankl’s book recalling the latter’s experiences in a concentration camp. Some of Frankl’s aphorisms chime in with Buddhist thought such as the notion of the space between stimulus and response inside of which we are confronted with a choice, where we are empowered to act differently than the momentum of all the accumulated habits (samskaras) might lead us act. Here lies the possibility of change. I believe Frankl relates this space to growth and freedom. It seems somewhat akin to the space between craving and attachment (trsna and upadana) in the nidana chain. And it is in acting in this gap that Ed has found his freedom: freedom to do otherwise, freedom not to drink, freedom to grow into a new person into a new phase of life.

Through this new found sense of freedom, Ed feels less separate and more a part of the universe. ‘The Universe is consciousness turned into light turned into energy turned into matter and mass. That consciousness pours through us’, he concludes. Most eloquently, he talks of being made of similar stuff and moving to the music of it, as it flows through him. All of which has led him to the belief that the notion of an ‘I’ or ‘me’ is illusory. I may have been the one who studied Wordsworth at Durham, yet now this social scientist turned journalist is wandering into the domain of Tintern Abbey when he says that ‘we are not generators of consciousness but receivers of it’!

His is a journey of self-help in that his recovery doesn’t have a title or heading to subsume it under, but he would be the first to say that he couldn’t have done it alone. He has made some startling and life changing insights in his journey so far, but how many of us would want to change places to access such insights? How many of us would have been able to get into that gap and work with it and come out the other side?

A friend of mine in AA added this: “We see the 12 steps as delivering sobriety, or recovery. These two words to us describe the total life-change that results from a journey through the 12 steps - like ‘a new pair of glasses.’ Someone in AA says that not drinking is the wrapping paper on the present, and people in early recovery play with that wrapping paper as though it is the present, like a baby does. The real prize is the spiritual awakening that should come by step 12. ‘Having had a spiritual awakening as the result of these steps.’ The term to avoid is ‘dryness’ because we all aim well beyond dryness, a pejorative term in AA.”

I love the photo at the top of this post (as well as the impressive story within the post itself of course).

There are plenty of photos of pebbles around, of them still on beaches, or removed in various still life arrangements. Most of those photos show their colours and patterns, and some show their texture. This one does so particularly well, with the contrast between the hard, rough, cold pebbles and what could only be soft, warm, hands.
(And with a warm human hand touching the hard and cold it was a good choice of photo to top a blog entry about a person having been through so much.)

But this is the first photo of pebbles I've seen which very cleverly conveys a sense of their weight too. I love that this photo is a very deliberately arranged still life, but with life in it. It's special that because someone's hands are there, you're instantly given the whole feeling of the pebbles yourself, including felt texture, and the weight of them. I almost feel like I need to go and wash my own hands, after collecting the pebbles somewhere.

I see this photo as a picture of warm generosity, with strength. Palms outstretched full of something weighty and welcome being given or shown.
(Although for a homeless person with open hands, pebbles would be a very empty gift).

That in this case the things being given or shown are pebbles grabbed me, simply because my mum has always loved pebbles. I remember collecting them with her or, since her disability, looking for good ones and bringing them back to her. Since there are so many photos of pebbles in this world, pebble-loving must be a commonly shared human trait, but not many photos actually show a person with them.

Because of the unusual instance of there being hands in an essentially still life shot, this photo highlights the interaction between two people in taking the photo. Between the photographer, whose own hands would have been busy on the camera, and the person whose hands he needed to borrow and arrange, like cooperating objects, along with the inanimate pebbles.

So, in line with the art & Buddhism theme of this blog, this photo to me is simultaneously an extremely effective, very direct, way of conveying everything pebbly about pebbles, and hand-like about hands, as well as a reminder of giving and receiving gifts, and also a subtle but automatic encouragement to take part in the practice of putting yourself in other people's shoes (palms) and seeing yourself there; that there is no fundamental difference between people. Because all hands have the same capacity for the same sensations, we would all feel the pebbles if they were our hands holding them. (Again, making it a good choice to top a post on someone having experienced homelessness and alcoholism - because "there but by the grace of" whatever, goes anyone.)