- Technology and Wordsworth – Seeing through the dark 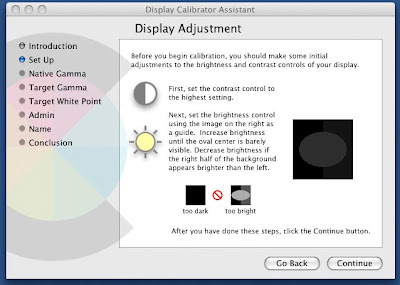 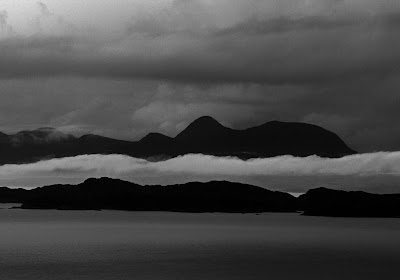 If you calibrate a Mac display using the faculty of your eye, you begin with a screen shot, in System Preferences, which invites you to set the brightness at the point where, in true Goldilocks style, the oval centre within a black square is neither too light nor too dark. It is both a question of judgment and a leap of faith that the display has the technology to deliver what is assumed to be the correct level of brightness. I wonder what Vermeer might have made of this, for whom the dark shadowy areas from a distance appear to merge but close up they maintain their variegated differences. I have never seen anything approaching a good repro of Vermeer for this reason. The photographer always seems to expose with too much deference to the shadows thus rendering the overall feel too light, muddy, lacking mood and contrast. I am thinking of paintings such as The Letter, The Geographer, Lady with a Maid where there is a heavy use of dark shadow particularly on the edge or the side in a way that frames the subject.

Pursuing the Bahiya advice from the Lord Buddha (which turned to Insight for him on hearing it) if we move from ‘in the seen only the seen’ and ponder what do we actually see – a good and fruitful enough exercise at most times – then Wordsworth segues most powerfully from the recalled visual experience to the imagined in the episode from childhood recalled in The Prelude involving what is often referred to as ‘the stolen boat’. (I prefer ‘borrowed’ to ‘stolen’ because he was always going to return it. What else could he have done with it?)

At first he rows out into the dark lake as light is falling, gradually he becomes aware of a great mass which seems to pursue him. This ‘grim shape’

Towered up between me and the stars, and still,

For so it seemed, with purpose of its own

He hurriedly replaces the boat to its original mooring and is left to ponder on the nature of this experience of something else beyond him, leading him to a sense of the transcendental and a ‘dim and undetermined sense of unknown modes of being’ where

There hung a darkness, call it solitude

Or blank desertion. No familiar shapes

Remained, no pleasant images of trees,

Of sea or sky, no colours of green fields;

But huge and mighty forms, that do not live

By day, and were a trouble to my dreams.

I certainly don’t access this gateway through from the visual to the imaginal when I am calibrating my Mac display, but it does make me stop and ponder where else there might be portals. At the moment, such an illumined space, where brightness may be found in the dark, lies somewhere between what was gleaned on a recent retreat on the Sutra of Golden Light, led by Vedanya and Padmavajra, when we were all given a bunch of keys with which to open particular doorways into the sutra, and the excellent book by Nagapriya called Visions of Mahayana Buddhism which is full of maps and signposts of understanding.